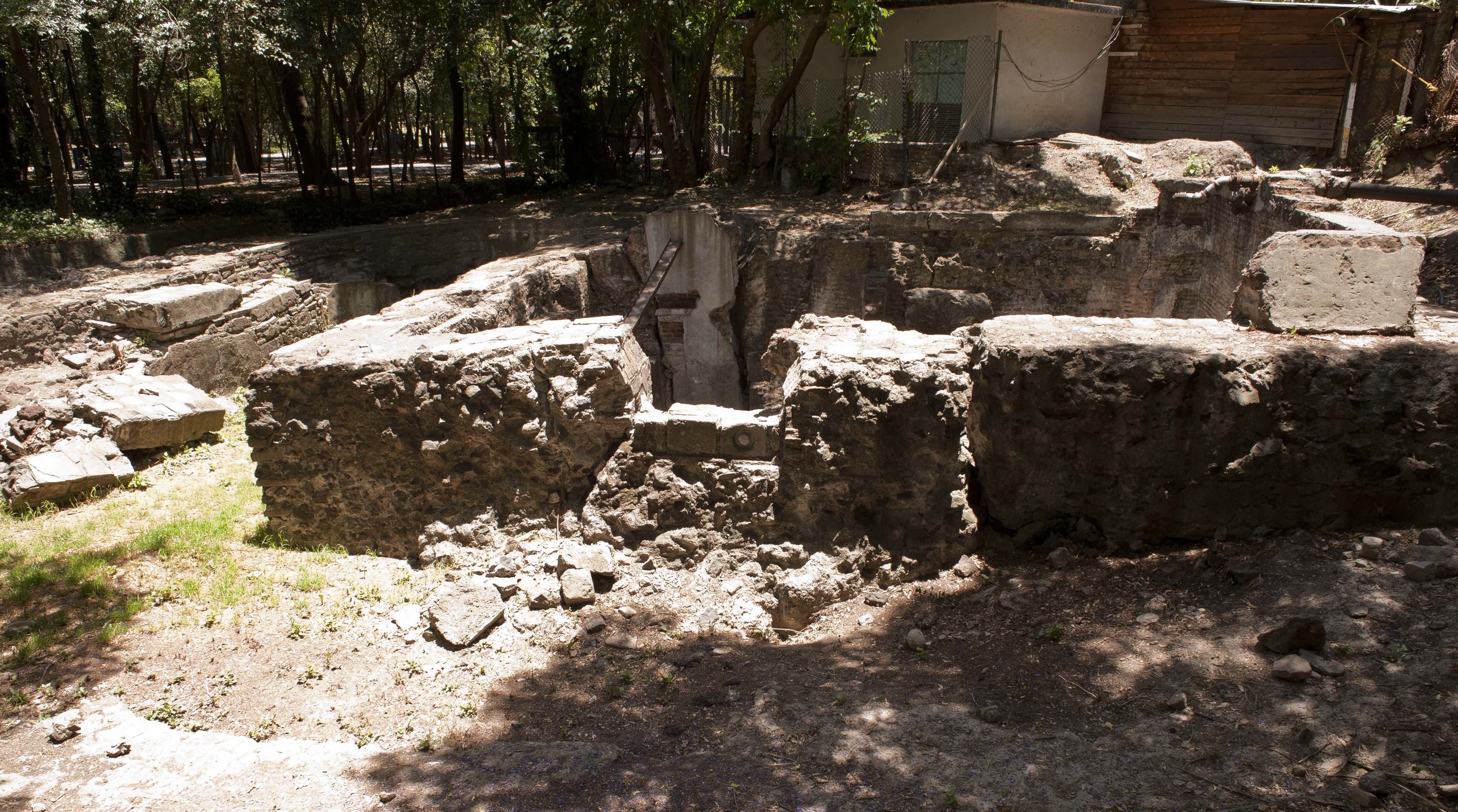 The forest and the hill of Chapultepec were inhabited since antiquity by groups of farmers attracted by the natural characteristics of the place. In addition, it was considered a sacred space: at its top a shrine dedicated to the celestial gods was built and in the lower part of the southern slope it was believed that Tlaloc, god of water, lived. We know all this thanks to the studies of archaeologists, who have rescued and investigated the cultural vestiges that man has left behind. Some of the vestiges that you can see today around Cerro del Chapulín are:

Cave of Cincalco. Located at the bottom of the hill. The prehispanic peoples such as the Toltecs and Mexicas considered it a sacred place and they called it Cincalco, which means in Nahuatl language "house of ears of corn".

Containers. These containers are cubic structures that were used to store water and were built with stone, a mixture of lime and water in the same place where the vital liquid sprang. It is said that among the offerings in honor of the God Tlaloc, sacrifices of children were made in the springs considered as small servants of this deity, in order to ensure the abundance of water, necessary for a good harvest.

The "Chimalli" room is located in the middle part of the hill and has a stone relief that represents a Chimalli (shield in Nahuatl), with four crossed arrows and a possible arrangement in the form of a banner, these elements are perhaps associated with the cult to Huitzilopochtli, deity of war.

You want to know more? Download the full story